I am in my fortieth year of service representing the 36th District in the Virginia House of Delegates. I am a retired teacher and school administrator, having been employed by the Fairfax County Public Schools for nearly 30 years. Serving as your delegate is now my full-time focus.

This website is intended to assist us in communicating with each other. I hope that you will subscribe to my electronic newsletter, Virginia e-News, that is emailed every Wednesday. Each week I share my thoughts on a pressing issue or human interest item in the form of a commentary. Read this week’s commentary below. In the newsletter you’ll also find a bulletin board of local information and a calendar of events happening in our community.

You can also view my weekly cable tv show on YouTube where I interview state and local leaders who are making news by making a difference.

Please let me hear from you on your needs and interests. I am honored to represent you and here to serve you as effectively as I can.

Not Over Until It Is Over

Hundreds of new laws went into effect last Wednesday. A total of 1,289 new laws passed the General Assembly in its regular session in January and February and were signed into law by Governor Ralph Northam.

Even more telling than the number of bills passed is the fact that the new laws in total were the most progressive to ever pass the General Assembly reflecting the shift in power to Democrats who now control both houses of the General Assembly and the Executive Mansion for the first time in more than two decades. A summary of the new laws can be found at In Due Course.

While it has been fewer than four months since the legislature adjourned sine die, it seems like an eternity with the unfolding of events of the COVID-19 pandemic and resulting quarantine and the civil and racial unrest sparked by the murder of George Floyd. The impact of the pandemic on the economy necessitates another session of the General Assembly to adjust the biennial budget we just passed months ago to reflect the realities of a plunge downward in revenues. The choices we make will not be easy as we reduce budgets of programs we just recently celebrated. The protests in the streets remind us that we need to get on with significant reforms in policing and criminal justice as I discussed in this column last week.

The Governor is expected to call a special session for probably late August. It will have the broadest agenda of any special session on record. In addition to making tough decisions on the budget, legislators will be asked to enact new laws to further ease access to voting with the challenges COVID-19 makes for voters and to reform policing in very fundamental ways. Already the interested parties are starting their email campaigns to sway legislators on these issues.

None of these issues are over until it is over. One of the highlights of the regular session was the passage of my bill to require a background check for all gun purchases. Already the opponents of gun safety legislation have filed a lawsuit seeking an injunction blocking the expanded background checks that they contend are unconstitutional. I believe the courts will support the law as a necessary action of the legislature to keep the public safe.

More than 22,000 persons demonstrated at the Capitol on one day during the regular session supporting what they term second amendment rights and opposing any gun safety bills; 16,000 of them were armed with all types of guns. They were not successful in that effort with seven of eight proposed gun safety laws passing. They have already starting an intense email campaign against any bill such as the one that failed to ban assault weapons.

The message in the intense and prolonged protests in the streets that can be summarized as “Black lives matter” must be addressed in the special session. A number of sweeping proposals will be before the legislature with support and opposition. It is not yet over on these issues as well that require our strong voices and advocacy in order to become law. 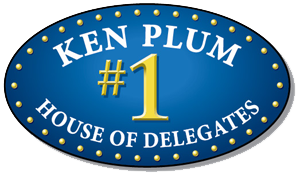